Regina Puckett is an award-winning author with books spanning many genres. Her books for kids are delightfully illustrated and often carry the themes of anti-bullying, friendship, and tolerance for differences. Below, in no particular order, are ten of her children’s books, all of which are destined to be a favorite of your Pre-K to early sight reader. 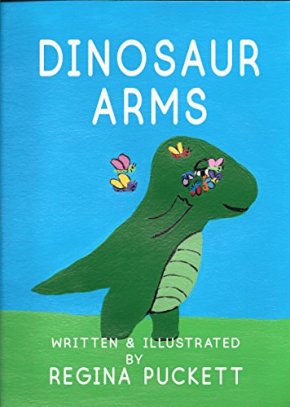 Every day at recess, the butterflies bully and make fun of the other animals and insects. No one knows how to make them stop until a storm blows in and changes everything for the better.

The Monster Under The Bed*

Everyone is always afraid there’s a monster under the bed, but what if it isn’t the monster that’s the problem, but the little boy on top of it?

All Little Monster wants is a good night’s sleep, but that annoying little boy, Jim, keeps throwing dirty socks onto Little Monster’s bed and into his face. If that isn’t annoying enough, the dust bunnies won’t stop complaining about the mess and smell.

Mother Mouse discovers someone has been in the cookie jar. The trail of cookie crumbs leads her to Baby Mouse, and even though he has a cookie in his mouth and one in both hands, he simply tells Mother Mouse he’s not eating a cookie at all.

It’s time for Piper to get rid of the diapers and wear big girl panties.

In Another Color’s Shoes*

A long, long time ago, the colors didn’t like each other. Purple didn’t like Green. Green didn’t like Blue. Blue didn’t like Purple. Would they ever take the time to get to know what made the other one so special?

Brothers of the Heart

Mother Duck is quick to adopt Baby Kitten after finding him all alone in his milk dish. Little Duckling is excited to have a new brother, and even though the other barnyard animals laugh because Baby Kitten has fur and purrs while Little Duckling has feathers and quacks, the two brothers couldn’t care less what the other animals think of them.

Little Duckling wants to teach his new brother to swim but Baby Kitten is afraid of the water. He is content to sit on the riverbank and watch his brother swim until a summer storm blows in and floods the farm.

If I Suddenly Became a Bumblebee*

What would be the first thing you would do if you suddenly became a bumblebee, or maybe a cat, or a horse, a doggy, starfish, bird or even an earthworm? It would be fun to imagine, and so I have.

Baby Dragon wants to fly more than anything else in the world, but his head is too big, his stomach is too round and his wings are too small. Mother Dragon is more than happy to let him borrow hers.

This is a story about the circle of life, and how sooner or later, we all need help from someone else.

Caterpillar Wants To Be a Cow

Tiny Caterpillar dreams of what he wants to be when he grows up. Maybe he’ll be a horse, a dog, a cat or even a cow.

He soon learns that he can’t be them and they can’t be him, but everyone can be the best they are meant to be.

Spoiled Little Princess believes that to be liked she has to dress in the latest fashion. So, when she hears the next greatest thing will be a rat-hat, she just has to get one before anyone else. Her mother has tried to tell her that it’s not what she wears but how she acts that makes her who she is. But when Spoiled Little Princess refuses to listen to such good advice, her mother decides that maybe it’s time she learned this life-lesson the hard way. 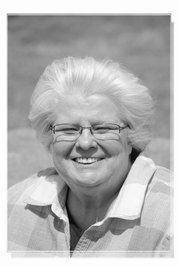 Regina Puckett is a 2014 Readers’ Favorite Award-winning author for her sweet romance, Concealed in My Heart. Her steampunk book, I Will Breathe, and her children’s picture book, Borrowed Wings, both received the Children’s Literary Classic Seal of Approval. “I Will Breathe” was selected as a Science Fiction Finalist in the 2015 IAN Book of the Year Awards. I Will Breathe won a silver in the 2017 Literary Classics Award/Science fiction/dystopian (high school)

As an Amazon Associate I earn from qualifying purchases.

Every page of this blog contains affiliate links to any of several services that I can earn commisions from. The products and services offered in these links are products I use or believe in good faith that my readers will enjoy.

Shelle's ReaderRank
Shelle has reviewed 1007 books with an average rating of 4.5 out of 5.
569 people have found Shelle's written reviews to be helpful on Goodreads.
See more...

Top 10% in books from large presses